As a kid growing up in the Midwest, Dr. Buckley spent as much time outdoors as possible. His love for animals started at a young age. He studied Animal Science at Kansas State University, which was a natural progression to veterinary medicine. Dr. Buckley came to Gardner and opened Oakbrook Animal Hospital in 1993. In his spare time, he still enjoys spending as much time as possible outdoors, boating, roping, fly fishing and hunting with his faithful yellow lab, Morgan.

Dr. Buckley’s early interests in agriculture led him to Kansas State University, where he studied Animal Sciences before being accepted into KSU’s College of Veterinary Medicine. In 1993, he started Oakbrook Animal Hospital, where he is still the Practice Owner and a full-time Veterinarian.Dr. Buckley’s professional interests include surgery, ophthalmology, and pain management. He also likes working with families with new pets and watching them grow up as part of the family. Tom has been married to his wife Cyndi since the semester before he started veterinary school. They have two sons, Braden and Kyon, who both attended Southwestern Oklahoma State University on rodeo scholarships. At home, Dr. Buckley and his wife have a Border Collie named Tess, a Boxer named Tucker, Morgan the Yellow lab, and Kash the Australian Shepherd. They also have two cats, Boggie and Abby, as well as five American Quarter Horses and one American Paint horse. Between work and his family, Tom enjoys calf roping and team roping, and has competed in roping events for many years. He’s won saddles, buckles, and even a Honda four-wheeler! He also enjoys hunting and spending time with his sons. Dr. Garten grew up in Abilene, Kansas on a cattle farm, where he learned from an early age how to solve problems and fix things—these things frequently involved pets and livestock! Veterinary medicine seemed like a natural career choice for him, so he pursued his dream. Now he’s served as an Associate Veterinarian at Oakbrook Animal Hospital since 2002.

Larry graduated from Kansas State University with both Bachelor’s and Master’s degrees in Agricultural Education. He got a job as a feedlot manager in Albion, Nebraska, where he started his family with his wife. After nine years, the family moved, meaning Larry had to change careers. Since he’d always toyed with the idea of going to vet school, he applied to Oklahoma State University at the age of 35 to receive his DVM degree!Dr. Garten particularly enjoys seeing a family start with their new pet, and bonding with the animal early on to ensure pleasant veterinary experiences. He also likes educating clients, and regularly teaches pet owners about preventative medicine, various illnesses, and healthcare options.Dr. Garten’s wife Jean runs her own consulting business, specializing in hospital reimbursement. Their daughter Lauren lives in Denver and works as an Account Manager, and their younger daughter Julia teaches fourth grade in Olathe.In his free time, Dr. Garten likes landscaping and doing rock work, especially with native limestone. His backyard has an outdoor pizza oven, a stone-posted pergola, a fire pit, and rock retaining walls and steps that lead to a stone bar! Larry also works part-time as a cattle consultant for his brother-in-law’s ranch in Kansas, where they raise Red Angus and Simmental/Red Angus crosses. Dr. Henslee joined our team in June 2019. She grew up in Overland Park, Kansas. At a young age she started horseback riding and became the neighborhood dog-sitter, sparking her interest in veterinary medicine. She received her BS in Animal Science and then in May 2019 her Doctorate of Veterinary Medicine, both from Kansas State University. Her professional interests include cardiology and dentistry. When she is not working she enjoys being outdoors and staying active. Growing up in Paola, Kansas, Darla’s family always had at least one dog. Her early relationships with her family dogs, Babe and Nikki, continue to inspire her to treat each and every animal she sees as if they were her own.

Darla attended Emporia State University to receive her Bachelor’s in Biology with a concentration in zoology. After graduating in 2002, she came across Oakbrook Animal Hospital and was hired shortly after. As a veterinary technician, Darla loves seeing how tough and resilient animals can be—sometimes they come to the clinic with broken bones but will be wagging their tails, licking Darla’s face! Darla lives in Wellsville with her husband Luke, who she married in September of 2013. Together, they have a Bloodhound named Ivy, an English Bulldog named Gatling, a Boston Terrier mix named Gilbert, and two cats, Hattie and Marvin. All her pets were strays or giveaways that weren’t wanted! Darla is still very close with her family, and enjoys getting together with them for birthdays, holidays, and Sunday dinners. She also spends a lot of time with her niece and nephew. She and her husband also enjoy attending small concerts and listening to music. Cassidy has always felt a connection with animals—seeing how grateful they are made her want to help sick pets get better and healthy pets stay healthy! Since 2011, she’s been able to pursue her dream of working with animals here at Oakbrook Animal Hospital.

Cassidy grew up in McGehee, Arkansas as one of nine siblings. She moved to Gardner in 2009 and has worked at Oakbrook Animal Hospital since she was 16 years old! She especially loves helping injured animals and seeing sick pets get better. Watching surgeries to learn everything she can is another passion of hers around the clinic. At home, Cassidy has several pets. Joey is a cat that Cassidy adopted two years ago; her favorite pastime is stealing hair bands. Luna is a husky that enjoys howling rather than barking, and Curly is a rescued male Quarter horse that Cassidy broke on her own. Cindy has been a member of the Gardner community since 1990. As a child she brought home a wide variety of pets, and knew at a young age that she wanted to work with animals. Cindy graduated from the Veterinary Technician program at Maplewoods Community College. She has worked at Oakbrook since 1995, and always enjoys seeing longtime clients and helping bring the wag back to the tail of a previously sick patient. Although she didn’t have a lot of room for animals in her family home while growing up in Kansas City, Jocelyn’s love for pets persisted nonetheless. Now, she feels truly fortunate to be able to exercise her childhood passion every day—Jocelyn serves as one of Oakbrook Animal Hospital’s Client Services Specialists.

Originally from Mexico City, Jocelyn moved to Kansas with her parents and four brothers at the age of seven. She graduated from Kansas State University with a double major in criminology and psychology, then began working at a mental health center in Kansas City. After coming to the Gardner area a few months later, Jocelyn decided to look for something a little different. When an opening here at Oakbrook Animal Hospital presented itself, she jumped at the chance! Outside of work, Jocelyn enjoys hiking, reading, listening to music, and planning her wedding in the Rocky Mountains. She and her fiancé live in Gardner with four wonderful pets: Hades, a crazy Siberian husky; a spoiled poodle named Brownie; and two sugar gliders who go by Zeus and Taz. Kelly has always been drawn to animals. In 2004 her interest in Veterinary Medicine grew when she took a job as a client services coordinator at another clinic. After taking off time to start a family, Kelly has returned to her passion of working with animals here at Oakbrook. Originally from New York, somehow made it to Gardner, Ks! At any early age I knew I had to do something with animals, so for the last 15 years I have been doing just that! Being a veterinary technician is such a rewarding job. Everyday is different, making this field even more enjoyable. I share my home with my fiance, step daughter, and my son Ryker. I have 5 cats and 1 dog, all strays! Karen was born and raised in Emporia, KS. She grew up always having a pet in the household. When Karen was little she got her first pet cat, Socks. She would pretend Socks was her patient, checking his vitals, etc. Through those experiences, she knew she really wanted to work with animals. She has always held a special place in her heart to care for animals. Karen went on to earn a bachelors degree in Animal Science at Kansas State University. Since graduation, Karen has been practicing as a Veterinary Technician. Karen has a special interest in soft tissue and orthopedic surgery. Karen loves building relationships with patients by showing empathy and putting a smile on their face. Away from the clinic, Karen enjoys running with her Gerberian Shepsky, Aspen. She also enjoys exploring trails with her boyfriend, and watching Friends and One Tree Hill. Toots hails from right here in Gardner and was originally a shelter resident. Unfortunately, as her name suggests, change upsets her delicate nature and it was decided that she should stay on at the clinic. Toots attributes her rapid climb up the ranks here at OAH to her take charge attitude and her affinity for hugs. In her down time, Toots enjoys snacking, lounging in the sun and long naps in Dr. Buckley’s chair.

Oakbrook Animal Hospital is proud to serve as a source for preventative care, medical treatment, and surgery that Johnson County and Gardner area pet owners have come to trust and rely on.

Complete the form below and our team will be in touch with you as soon as possible. 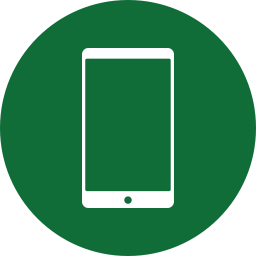 Request Your Next Appointment Online!

We can't wait to see you! Use our online form to request your next appointment in minutes.